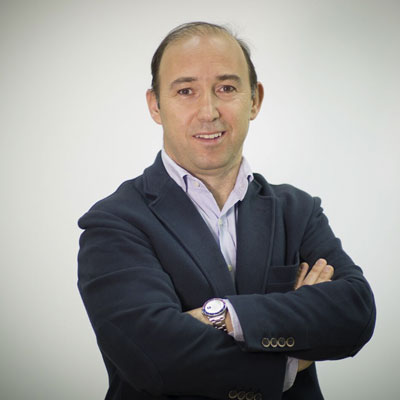 Gonzalo Giráldez has a degree in Journalism from the University of Navarra and a Diplomae in Script and Audiovisual Production from the same university. He holds an MBA from the Instituto de Empresa and also has done a General Management Program (PDG: Programa de Dirección General) at the IESE Business School. He has also completed a Senior Management Program (PDA: Programa de Alta Dirección) at The Valley Digital Business School.

Professional Experience as an Employee

He started as a communication consultant at Burson-Marteller, a company in which he acquired, not only skill in the discipline of the field, but some outstanding habits related to the North American company such as: discipline, leadership, responsibility, methodology and rigor. He turned his career direction towards the hotel sector occupying the Managing Expansion position at AC Hotels, developing more than 40 establishments in 4 years. He subsequently filled the Commercial Management position. He also held the same position at Occidental Hotels, now Barceló Hotels, until he decided to fulfill his dream as an entrepreneur.

He has been in this stage for four years so far and has focused on hotel marketing and consulting. He has worked for medium-sized chains and independent hotels, bringing them the experience of his managerial years in large chains.

In 2010, Gonzalo was led into a world more linked to marketing and as an outside contributor he helped as General Director to the founding of a radio station, Gestiona Radio, from the COPE group. Between 2011 and 2016, his company Agencia’71, specialized in the digital environment. Since then, his activity has revolved around making valuable proposals in a disruptive environment that has changed the relationship between brands and their clients forever. Among his clients are well-known brands such as Endesa, Alsa, Renfe, Caja Rural, Vaughan and Iberdrola. Content marketing, communication, advertising, new support and strategy, especially digital, take up most of his time. He is an enthusiast of what he does, and he loves to create.